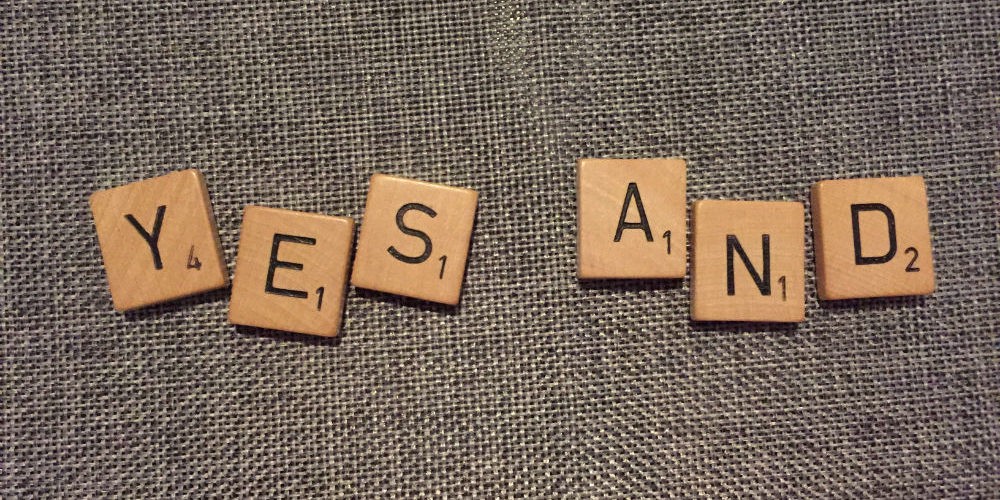 Last week, I was coaching a group of people in Unstuck about the challenge of dealing with where we are right now <waves vaguely>. I was explaining how by ignoring just how deep down in the well we feel about the multiple global threats and their impact on our work, we end up unable to access the tools to get us out of the hole.

Quick aside: I have three core values I coach in Unstuck. The first is perhaps the most important and undeniably the most difficult: Honesty. Tell the truth about your lived experience. Not the one you wish you had. The one you have.

So, to continue, I thought those of you who haven’t joined Unstuck yet might also benefit from a quick primer on how honesty (saying “yes” to your reality) can be your most powerful tool in response to struggle.

When I suggest saying “yes” to our struggles, I am drawing from the teachings of Tara Brach and Pema Chodron (Buddhist teacher and monk respectively) who counsel that rather than fighting what is, the path to ease ultimately lies in getting right down in the muck and dealing with what’s happening.

In other words, rather than treating the current global chaos as a cesspool to be avoided, we should get up close and personal with all of the feelings we have about it.

Notice I said “feelings.” There’s a danger here of equating doom scrolling (and thereby activating emotions) with engaging with our actual feelings about our work within the context of the current crisis. Doom scrolling and future casting is the exact opposite of saying “yes” to your current reality. One is going out to find things to worry about or grieve. The other is pausing our mental gyrations long enough to notice that we are worried, that we are grieving, that we are afraid and allowing ourselves to both feel it (say yes.) It’s the difference between perseverating on something outside yourself and letting what is inside out of the denial box so you can let it go.

I understand that contemplating opening the box of emotions around our lived experience right now is pretty damn terrifying. I mean, it’s A LOT! Perhaps you are like one of the people in the coaching group who said, “I am afraid if I give into crying, I won’t stop.” Or maybe you have struggled or are struggling with depression and letting in the sadness about all we have lost feels like it will lead to a further slide into that hole.

From my own experience, the first worry has never panned out. I have put off sobbing when I needed to and felt worse. I have given into sobbing (and I eventually stopped) and I felt some relief from allowing myself to express what was true. In other words, I have said yes to feeling and the feeling eventually lessened.

I have also been very, very depressed. And denying that depression never made it better. With that said, handling depression on your own by “sitting” with feelings is too much to ask of anyone (and one of my gripes with the larger concept of “just sit with it”). With that said, the “yes” here is admitting, “I am waaaaaay down in a hole and I need some help.”

Denying our fear or sadness or anger or <fill in your current state> (i.e. saying “no”) consumes tremendous energy and is, not surprisingly, absolutely exhausting. Saying “yes” can free up energy you might want to use for other things. And let me point out that I did not write, “energy you might use for work.” I am not sure most of us are capable of meaningful work right now. Simply being here and keeping our wits together may be all we can do. Greeting and embracing that reality may be the most valuable “yes” we can offer ourselves.

If you want to find where you are saying no, ask this question.

Where do I keep insisting that I should be doing something, then not doing it and then beating myself up for it?

I can assure you that right there in that collision of your goal and your outcome lies the lived reality you are saying “no” to.

P.S. If you want to start 2021 finding a process that works for you rather than one that demoralizes you, here’s the link